Bay Shore Club (BSC) is a racing club established in 2016 in Chumash, San Andreas. Formed by two cousins, Kevin Knox and Clark Bryson, the club did not expect to expand beyond their circle of friends. Both cousins found interests in automobiles and racing when they first got their hands on a potential project vehicle. After Clark received his first vehicle, the cousins got to work on the vehicle by making minor modifications and eventually performing an engine swap. Their project car attracted the attention of their friend group, inspiring them to modify their vehicles. Instead of hanging out and playing video games, the cousins and their friend group would gather with their vehicles at BurgerShot's parking lots and display the modifications they have done. Having this become a common occurrence, the friend group slowly grew through word of mouth, having new vehicles and faces pull up every week.​
In 2016, next to the Great Ocean Highway, Chumash became home to the groups' weekly car meet gatherings. Due to the rapid expansion in their friend group, Kevin and Clark officially established the friend group as the "Bay Shore Club" after it being utilized to describe the ever-growing friend group. The club name was quickly recognized around the town's car scene as social media images about the vehicles in the meetings began utilizing the hashtag #BayShoreClub.​
​
The uprise and downfall

After expanding on their presence, car scene members around town flooded towards Chumash to display their vehicles and to race. 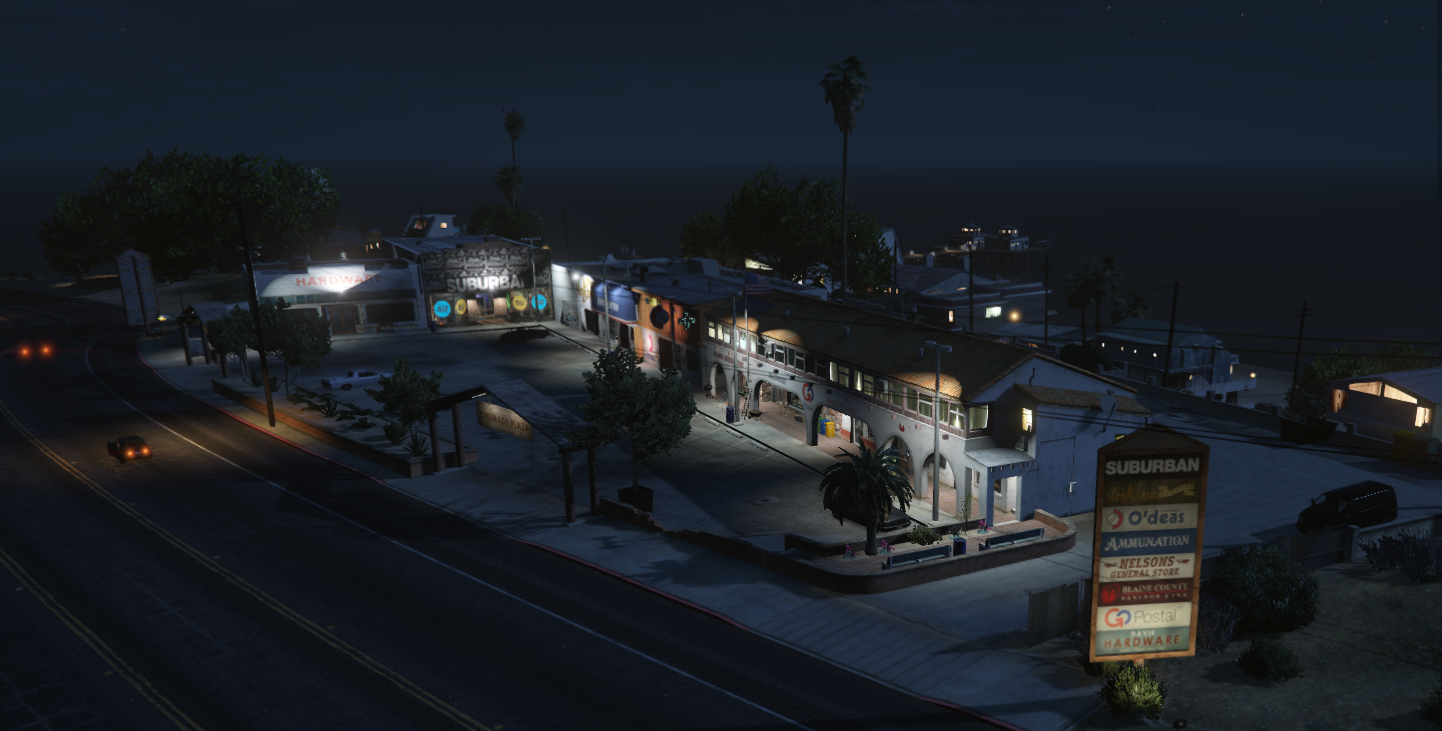 Street racing became the new common occurrence at these car meets as the title for "fastest car" was never contested. Races started at Chumash and ended at Northern Chumash, having a portion of the Great Ocean Highway be their race strip. It also became common for car meets and races to abruptly end due to police shutdowns.​
In 2018, the car club stopped holding their weekly car meets after one fatal car accident. The accident occurred between two frequent visitors of the car meets and a driving civilian. Due to the high rate of speed, the innocent civilian involved in the accident was pronounced dead, having it make local news headlines. The news displayed a negative image towards the Bay Shore Club having Kevin and Clark disband the weekly car meets and returning to the original small meets. Kevin and Clark were never publicized as the owners of the car club; the founding members all partook in the leadership role when it came to organizing the car meets and races, allowing any specific members to not get publicly outed.​
​
The return to normality

Kevin and Clark found themselves with more time on their hands, allowing them to improve on their craft; vehicle mechanics. Kevin began working at his grandparents' auto shop, eventually having Clark join along. The Bay Shore Club returned to its original schedule of close-knit car meets but saw fewer founders participating as they outgrew the hobby. The weekly car meets got to the point where it was only Kevin and Clark having the friend group disband as the city's car scene also slowly faded. Kevin and Clark still actively work on their cars as they still actively attempt to resurrect the car scene that Los Santos once had.​


Bay Shore Club is an illegal faction with a legal front with businesses that relate to vehicles. BSC is a constant work in progress concerning its story and members. The club mainly partakes in illegal street races around San Andreas and attempts to unify all kinds of roleplayers with asperations of a progressing car scene. Bay Shore Club doesn't have any requirements when it comes to joining the faction other than in-character interactions; interests in cars is a plus.​
​
The Bay Shore Discord server is utilized as a platform to post raw screenshots or to communicate OOCLY and ICLY with some members. You need to follow and agree with the Bay Shore Club Discord rules along with the Los Santos County's rules when communicating on there. The In-character portion of the discord is utilized as an IC phone group chat. The group chat is subject to change once a server feature can replace it.​

Check out the Bay Shore Club community on Discord - hang out with 2 other members and enjoy free voice and text chat.

Looking good bro! I can see this getting huge!

Hope to feel some Midnight Club vibes from this. Not the game, the actual thing. Have fun with it friend.

I'll be honest if roleplayed properly this faction could be extremely intriguing to anyone regardless if they enjoy cars or not, I hope you push this far I'll stay posted.

Almighty said:
I'll be honest if roleplayed properly this faction could be extremely intriguing to anyone regardless if they enjoy cars or not, I hope you push this far I'll stay posted.
Click to expand...

That's the plan! Bring community members together through events, not a cops and robber faction.