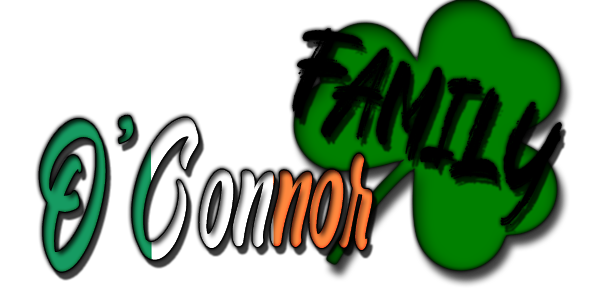 Dublin;,1981; sees itself in the midst of an all-out drug war within the northern side of Dublin City. Ballymun and Blanchardstown being two predominate parts of the northern side of the are heavily affected by this drug epidemic that is flooding the city's streets. Gang's such as the Johnstown Boys and Castleknock Gang are fighting for control of the drug trade within the northern side of the city. With a wartorn part of the country even further up in Northern Ireland and many paramilitary groups fleeing south to the Republic of Ireland; Gardai end up putting most of their resources and primary focus towards groups like the I.R.A and U.V.F and taking them down, with the odd task force combatting drugs here and there it left a door wide open for the Johnstown Boys and Castleknock Gang to squeeze into the drug trade and take a piece of the pie. Whilst the Gardai and the British Army are battling it out with paramilitary groups, gang's like the Johnstown Boys and Castleknock Gang end up fighting for control for the drug trade in a rather passive-aggressive manner. Gang's would end up fighting with melee weapons or fists out in public for the control of the Cannabis market but all of that was soon to change. The year 1983 is what ended up putting the Irish Mob on the map when cocaine hit the shores of Dublin City and Cork City it ended up making what you'd call a passive-aggressive war turn into an ultra-violent war for the control on drugs. On the 14th of May 1983 the drug war ended up landing its first casualty, a member of the Castleknock Gang was gunned down by two unknown individuals outside of O'Connors Bar in Tallaght; Dublin. This one murder would only end up leading to a chain of linked murders in the years to come, from 1983 to 1987 there were 342 murders and only 47 of them were gangland related; others being innocent bystanders caught in the crossfire. Around 1987 the Gardai began to realize that not only was the drug trade in Dublin getting out of hand but so was the gangland warfare that was currently on-going.

From here on out, they began to divide their resources between hunting down paramilitary groups and bringing down gangs such as the Johnstown Boys and Castleknock Gang. On the 25th of December 1987; Christmas Day the city of Dublin was shocked with the horrible news that three frag grenades were thrown inside of a house and a family of four were inside, and two kids aged 3 and 5 were killed alongside both parents. The male inside of the house who was the father of the two was identified to be a member of the Castleknock Gang, it was clear that the gang war was nowhere over. The gangland war was so bad that even the I.R.A began to notice is and decided to manipulate it for their own good and profit from it, gangs such as the Castleknock Gang and The Westies ended up being supplied by the Continuity Irish Republic Army and were given lethal weapons such as explosive devices and heavy firearms such as AK47s, M16s and UZIs. By 1989 the Castleknock Gang ended up turning the tables and a gym where the Johnstown Boys were known to hang out ended up being blown up, and thanks to the paramilitary war on-going in Ireland the fingers were pointed at the paramilitary groups instead of drug gangs like the Castleknock Gang and The Westies.


Around the early 1990s the Castleknock Gang began to traffick narcotics in bulk overseas to countries such as France and Spain with the help of the I.R.A and gangsters such as James "Jimmy The Cook" O'Connell and Anthony "Fat Tony" Brady who were both connected to the Irish Mob's South End crew in Boston, otherwise known as Southie. This is what also ended up in spreading the Castleknock Gang's influence to the United States of America, and specifically spreading their influence into roughly 6-7 states in total. This played a big part in their drug trafficking ring as drugs from Colombia would make their way into the United States of America and then be trafficked across seas to Ireland and from there, trafficked to France and Spain. Gangsters like Paul "Paulie" O'Flaherty, Philip Cooney and Martin O'Connor from the Castleknock Gang were often going to the United States of America and seeing bigtime gangsters like Brandon Jameson and Edward Browne. Heading into the late 1990s - early 2000s; Paul O'Flaherty and Philip Cooney ended up both dying in the same car crash on the 9th of February 1999, it's said that the car was tampered with and there have been accusations surrounding the incident where people have pointed fingers at Martin O'Connor for killing two of his friends. There's also another rumor that Paul was drink driving that night and ended up just driving off of a bridge but both accusations are still unproven to this day. This left Martin at the head of the organization and leading a crew of gangsters willing to do anything to make money.

After many years of being successful and sitting on top of the throne in Ireland, Martin ended up moving to San Andreas; Los Santos after receiving an offer from Edward Browne to head his own crew on the streets there and manage the drug trafficking within the state for the Irish Mob. This left one of his reckless young son's back home in Ireland heading the crew on the streets of Dublin who also had to provide for his younger brother and sister. As Martin's reputation only grew bigger in the Los Santos criminal underworld, so did his organization and after six years his son ended up coming to Los Santos after him, leaving a goody-two-shoes Timothy Hayes to run the streets of Dublin. As the war in the north came to an end due to the peace process in 1998, the Gardai's main focus was directed towards the drug war on the streets of Ireland... not only was it on the streets of Dublin at this point, but Limerick and Cork were hugely affected by the drug trade.

Going into the late 2000s; Martin and his organization were in bed with the Iranians and Chinese, where Martin was receiving stockpiles of weaponry from his Iranian friends overseas and buying Heroin in bulk from his partners overseas in China. By 2011; Martin's eldest son was running his drug trafficking operation for him in Los Santos and was working with several street gangs to distribute their product across the city, while Martin's eldest was running Los Santos his other son was helping his eldest run the organization with him. But that wasn't it, Martin had a daughter who he was close with and did everything to keep her away from the life he and his two sons were currently living... his daughter was living lavishly like one of those kids who're related to a Narco drug lord, often partying a lot and being somewhat flashy on social media platforms. Around 2013; a war in Los Santos erupted after the death of Frank McCarthy, a Captain in the O'Connor Mob who was shot seventeen times; three in the head. It's suspected that Martin instantly pointed fingers towards the Japanese who were located in Little Osaka. Many others believe that it might've been an inside job but Martin and anyone associated with him has denied that such organization ceases to exist. A known hang-out for criminals in Little Osaka was bombed on the night of the 19th of June 2014 after Frank's death occurring on the 28th of December 2013. It's believed the suspect caught on CCTV is a member of the O'Connor Mob but it couldn't be proved by officials at his trial, the suspect was identified as Lincoln Kelly. Lincoln was sentenced to 83 years imprisonment with the possibility of parole after 75 at age 32. Although nobody was harmed in the bombing, it took the city by shock. As Martin's reign in power of the O'Connor Mob was successful, so was his eldest son's reign on controlling the streets of Los Santos. After thirty-five deaths and a hundred and twenty-two arrests,the war between the O'Connor Mob and Kobayashi Family came to an end in 2016. But this wasn't just the end of it, back home in Ireland another war was about to erupt which would take the entire country by shock.

On the 11th of April 2016; Martin O'Connor was at a hotel in Dublin but left just moments before the hotel was stormed by an eight-man armed group who were dressed up like Gardai Armed Response Unit forces where two associates of his were killed; Ethan Lowe (22) and Desmond MacSweeny (27). It's believed that Martin was the intended target but had left just moments beforehand. This ended up leaving a war on-going in Ireland up until 2018, where over forty people were killed and eighty-three arrests were made, the war is known as the 2016-2018 O'Connor-Healy war. Due to this war, many O'Connor's and O'Connor Mob associates fled Ireland while some stayed behind the fight a war that's still on-going to this day which directly links to the 2016-2018 O'Connor-Healy war. It's believed that one of the O'Connor Mob associates had killed Devin Healy a few months prior to the Healy's storming the hotel and gunning down two O'Connor associates, then there are speculations that he was killed by a random drug dealer who he owed money to. Whilst a branch of the O'Connor Mob was fighting the Healy Mob back in Ireland, Martin and his organization were successfully back to doing business in the United States of America. But that successful reign on the throne was soon about to come to an end when Martin discovered the news that he had been diagnosed with lung cancer, this eventually left his eldest son to head the organization as a whole.
OOC:
This faction is aiming to portray an Irish-Irish Mob and not an Irish-American Mob, for anyone confused what I mean by this it'll be described in our Discord server for the faction, you don't need to worry about the difference between the both if you aren't going to be RPing here as it's not really anything that major it's just a few things that separate Irish-American Mobs from Irish Mobs in general who are directly linked back to Ireland and also have influence in the United States of America. For anyone who's somewhat confused about our concept you can PM @WirelessMind and ask for clarification on what we're aiming to be. If you're looking to join us, you'll also have to contact @WirelessMind, @Lord Unknown or @nanpou. for an invite link to our Discord server.

If you're thinking about joining us you should read what's written below:

Are we smelling some Hutch, Kinahans loyalists here hmmm..?
C

Organized crime division gonna have some fun on launch......

Now that I have internet, made a banner for the thread. 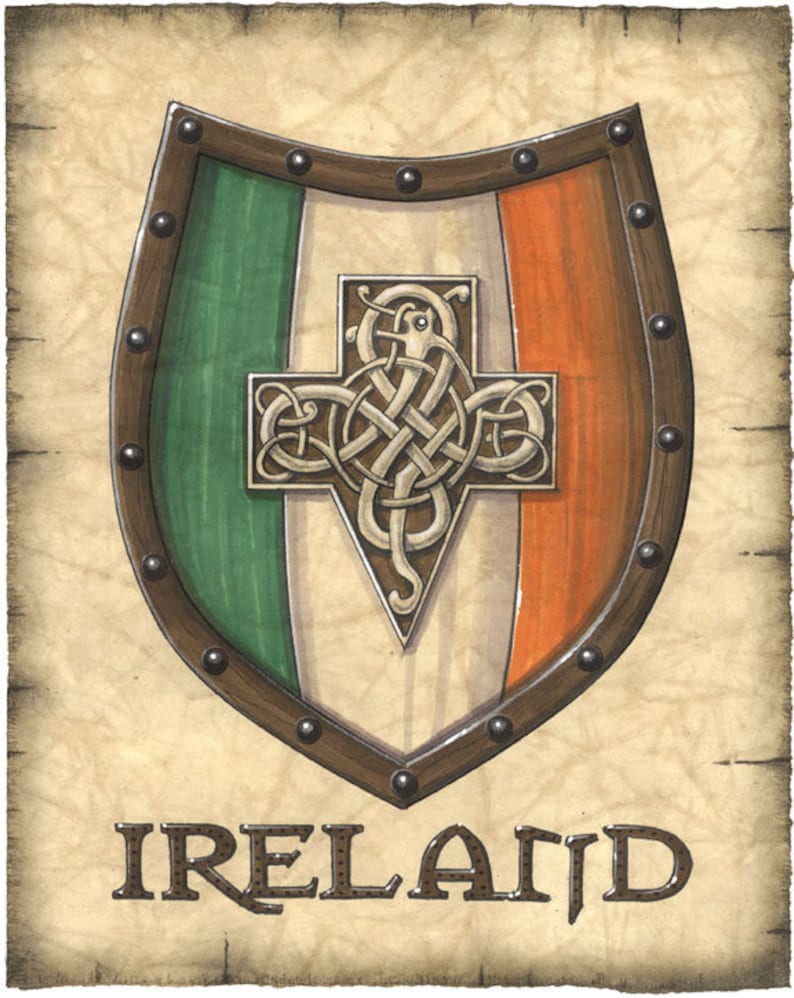 its always the fucking irish

If you’re interested in joining feel free to join the faction discord.